You are here: Home1 / The Future of STEM2 / Interview3 / Gender equality: from industry to politics

This January, we spoke with Lorna Slater who was appointed in August 2021 as Minister for Green Skills, Circular Economy and Biodiversity. We were keen to hear from her not only as a member of the Scottish Government but also as a woman engineer. We talked about the under-representation of women in STEM, the increased demand for green skills, and how to overcome some of the barriers women may face when entering the STEM industry.

I have read that you wanted to be an astrophysicist before becoming an Engineer. What made you choose the engineer career path?

I became an engineer because I wanted to be an astronaut. When I was 13 I wrote to the Canadian Space Agency and asked them what I should do if I wanted to become an astronaut, and they sent me back a pile of leaflets, which pretty much said “be an engineer”… and so I did, though sadly I was never accepted into the astronaut training programme. I did actually apply, but I didn’t even get through the first round.

When you were an engineer you have previously worked with Equate Scotland, what did you do and what did you gain from that experience?

The first event that I did with Equate Scotland was when I was invited to speak at an Equate Scotland event after I had tweeted about some everyday sexism that I had experienced while on a first aid training course in a previous job. It was a wonderful opportunity to connect with this great organisation and recognise some of the common problems that women face in their careers.

Do you think your STEM background influences the way you see the world today – as a women engineer and now a Government Minister?

Yes, it definitely does, 7 years at university and more than 20 working in industry has definitely shaped my view particularly of engineering and manufacturing and the renewable energy industry. I’m very fortunate to be able to bring this experience and knowledge into my role as Minister.

As a woman engineer, what challenges did you face when entering the industry, and what helped you overcome these challenges?

I was very lucky in that I faced relatively few challenges. I recognise that is partly because of my privilege. Sexism and discrimination are intersectional and women of colour, who are LBGT+, disabled, or from working class backgrounds, for example, would face many more challenges than I have faced. The rest of it was largely luck in having male colleagues who respected my expertise, listened to what I had to say and made me feel an important part of the team.

We talk a lot about the skills gap in the UK, especially in the STEM sectors. How do we build a fairer, more inclusive and competitive labour STEM market in Scotland?

That’s the million dollar question isn’t it. It’s the one we’ve been asking for a few decades now, so the answer isn’t simple. The answer lies in the space of attracting more people from diverse backgrounds, helping them to feel that “I could do that, that is a career for people like me” and in supporting people to stay in the industry as their careers progress. Slightly ironic, of course, as I have, myself, just left a career in engineering to take up something else.

Supporting small engineering firms to be better at their human resources management would help a lot, because I don’t think many of them know how to recruit for diversity or how to set up systems within the business to ensure that employees will want to stay – like ensuring routes for training and promotion.

Given that renewable energy is a still-developing sector, how do we ensure that new growth sectors simply don’t continue longstanding women’s labour market segregation?

I think setting targets linked to public support and bids for grant funding would be helpful. For years grant applications have tracked gender balance on engineering projects, but I think the time is coming to set minimum targets, to initiate the necessary changes in practice for recruitment and retention.

What job opportunities do you see in these sectors for women in the coming years and what skills would you encourage women to develop?

There are enormous job opportunities for people of all genders. These are well paid, good jobs, so make the most difference to women who are more likely to currently work in low paid or precarious jobs. I would encourage women to learn ‘green skills’ – that is skills around the land, forestry, regenerative agriculture, peatland restoration and all the sciences that go with that, the technical skills for upgrading homes and heating systems, the engineering skills in renewable energy and green hydrogen and also the skills we need for a circular economy – designing to last, designing for repair and using materials that can more easily be reused, repaired and recycled.

What tops three tips would you give to women who are pursuing or looking to pursue a career in STEM?

Just do it. Sign up for the course, the apprenticeship or the work experience. Give it a try.

I think some of the hesitancy about women entering male dominated professions comes, not from the work itself, but from the work culture that exists in male-dominated work places. I’ve heard people say “women don’t want to work in a dirty factory”, but I think the real answer is “women don’t want to work in a dirty factory that is full of men”. If you are the only woman in a work place, or one of only a few, it can feel very intimidating and unwelcoming. It can feel like there is no protection from ‘lad culture’, rape jokes and other really unpleasant stuff and why on earth would any woman want to put herself through that. My belief is that you need a critical mass of women in any work place, at least 30%, to initiate that culture change. So businesses shouldn’t be seeking to get 1 or 2 women in post, they should be making sure that at least 30% of their staff are women, and then we really would see change. 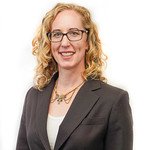 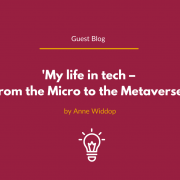 ‘My life in tech – from the Micro to the Metaverse’ 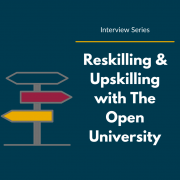 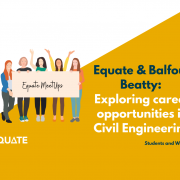 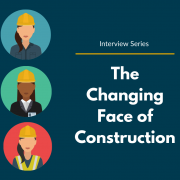 The Changing Face of Construction 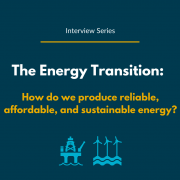 The challenges of the 21st-century energy transition 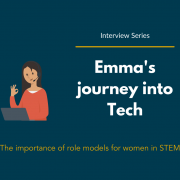 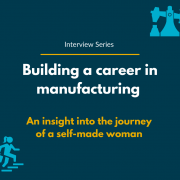 Building a career in manufacturing

Building a career in manufacturing
Scroll to top